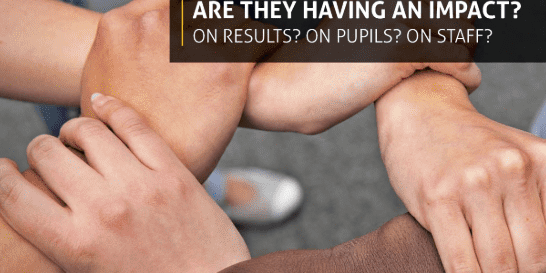 The debate about Common Entrance exams has been ripping through educational circles for years. Introduced in 1904, comprising of multitude of subjects, from the compulsory English, Maths and sciences, to Greek, Latin, history, geography, religious studies and modern languages added at whim by individual schools, all packed into three and a half days in June of Year 8, subjecting more than 20,000 children a year to examination stress – is Common Entrance a necessity, enabling senior schools select the best candidates – or
an old mastodon no longer fit for purpose?

“Past their sell-by date”, “test-driven”, “regurgitating knowledge”, “hard slog” “teaching to the test”, “exam factories” – this is common vocabulary in the debate surrounding the test. Discontent with CE has been steadily growing, senior schools increasingly fed up with 13-year olds who are coached to cram for the exam, but have little interest in their studies beyond the need to achieve good grades. Some educationalists have gone as far as comparing CE to fattening up geese for foie gras, knowledge being rammed down the pupils’ throats like corn force-fed through a funnel to the geese.

Sir Anthony Seldon, the former headmaster of Wellington College, has been a staunch critic of CE, siting as its core weakness its reliance on passive learning and high quality teaching. According to Sir Anthony, “the results of CE reflect the quality of the teaching as much as the ability of the candidate, which is not right”.
Contrary to those concerns, proponents of the exam believe that for over 100 years it has successfully served as a bridge between prep and senior schools, benefiting both – allowing the former to prepare pupils for the universal set of exams required by most senior schools, while providing the latter with an effective screening test in their selection process. For some schools, Common Entrance continues to do just that. For many, however, its universality and uniformity is no longer suitable.

Three leading independent schools are finally ditching CE. Westminster, St Paul’s and Wellington College are to drop entrance tests at 13+ by 2021. “This exam heaps pressure on pupils, parents and teachers, fueling unnecessary anxiety and stress,” writes in his recent article in “the Times” Patrick Derham, the Head Master of Westminster school. “We are not criticizing the test,” he hastens to add, “but it is limiting… and no longer fit for purpose”. He calls dropping the exam “an act of liberation” which will give schools the freedom to make their curriculum more inspiring. “Not only will this remove uncertainty and unnecessary stress,” says the Westminster headmaster, “but it will enable young minds to flourish without having to face an exam that they don’t need to pass.” His words are echoed by professor Mark Bailey, the High Master of St Paul’s, who hopes that the decision to drop CE would “create more time for the school”.

All three schools are opting instead for broader assessment of pupils’ abilities. Julian Thomas, Master of Wellington College, wants the admissions procedure of his school to replicate education there. “We have transformed our assessment days to reflect the educational experience we aim to provide: candidates are invited to a day comprising a values-based interview, group discussions that mirror the way in which we teach, and activities that test creativity, critical thinking and problem-solving skills.” He hopes that abandoning CE would give “prep schools more flexibility to design their own courses, and to develop the skills for the future, without spending months on exam preparation.”

There’s little doubt that the prep schools critical of Common Entrance, will do exactly that. Yet, those still fond of the traditional examinations are concerned. The heads of Sunningdale and Ludgrove, critical of the change, pointed out in their combined letter that “pupils enjoy having something to work towards. It gives them a focus and a way of measuring their success.” Notwithstanding their concerns, by 2021 the three leading schools will no longer have Common Entrance.