International Women’s Day – How will you be celebrating? 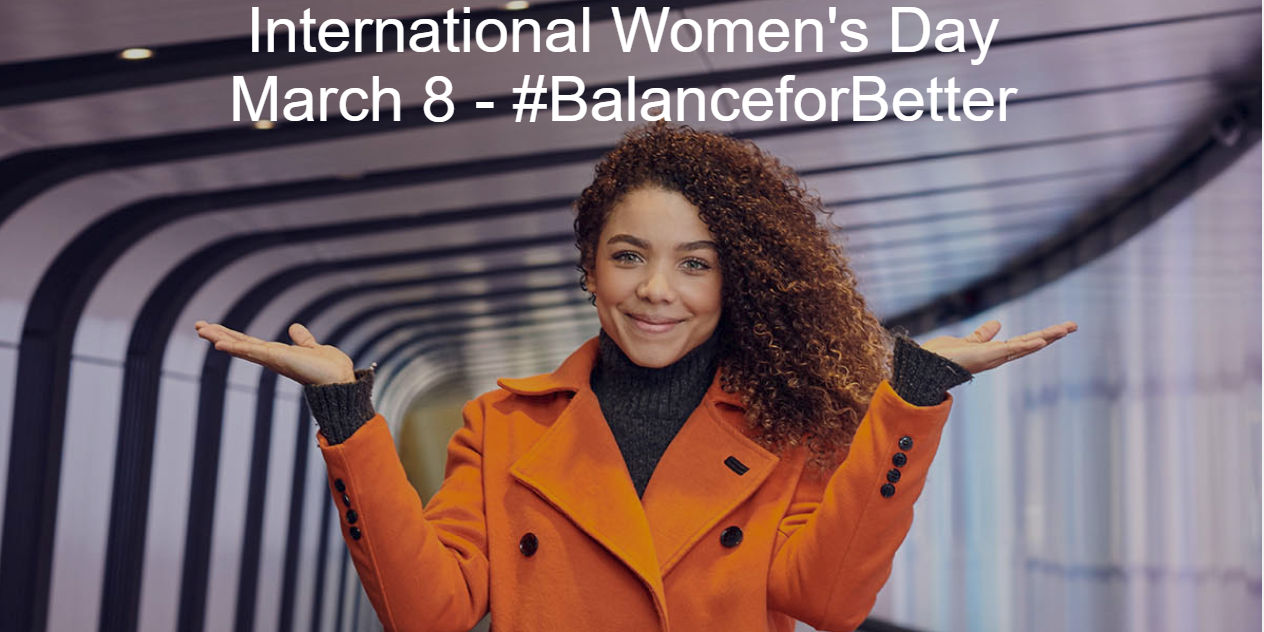 The official theme of this year’s International Women’s Day is #BalanceForBetter. The slogan could mean many things, but in this year’s interpretation of it, the emphasis is on business – gender balance in boardrooms, in the media and in wealth, in a way which will encourage economies to thrive. It echoes the earlier Telegraph’s campaign ‘Women Mean Business’, intended to help close the funding gap for female entrepreneurs in Britain.

The United Nations began celebrating International Women’s Day in 1975, which was the International Women’s Year. In 1996 the UN assigned an annual, meaningful theme to the celebrations. The purpose of the themes is to call for a specific change or action, with the objective of achieving equality for women in every area of life and work. #PressforProgress #BeBoldForChange and #PledgeforParity were some of the recent themes.

In 2017, Beyonce devoted her song ‘Freedom’ to the campaign to end gender parity by 2030. But according to the prediction of the World Economic Forum, at the current rate it will take 217 years to close the inequality gap between men and women. This would have been a depressing and disparaging figure, if we didn’t have the hindsight of how much has been achieved to date by the women’s movement.

Strong women have been struggling for independence since times immemorial. The brutal, aggressive women warriors, the Amazons in Ancient Greece, proved that they could fight as well as their male Greek heroes. They were fiercely independent too, and didn’t allow men to have sexual encounters or reside in Amazon country – except once a year, when they themselves, out of choice, to ensure their genetic survival, visited the neighbouring tribe of the Gargareans. One of the most accomplished women of antiquity, Cleopatra, the ruler of ancient Egypt, was a diplomat, a naval commander, a linguist, a medical author. In spite of that, she was rarely praised in ancient works, her gender leading to her depiction as a minor if not insignificant figure in ancient historiography about ancient Egypt. In the strictest sense, we can’t call any of those women feminists, but they were the women who strived for independence. Independence was a precursor to women’s conscious struggle for equality, led centuries later by Sylvia Pankhurst and the suffragette movement. After them, there was no going back.

Women’s practical struggle was supported by intellectual discourse. Simone De Beauvoir, a French writer and existential philosopher, joined the ranks of important figures in the modern

feminist movement when she published ‘Le Deuxième Sexe’ (The Second Sex), an analysis of women in a society that considered them unequal to men.

Novelist, literary critic and poet Helene Cixous contributed to the intellectual debate by writing the essay ‘The Laugh of the Medusa’, which called for women to take themselves and their own intellect seriously.

The stalwart of the second wave of the feminist movement of the Sixties and Seventies Germaine Greer wrote ‘The Female Eunuch’, which argued that women have been repressed and alienated from their own bodies and sexuality, and that sexual liberation is the key to women’s liberation.

And in 1991, the third wave of the feminist movement was probably best represented by Naome Wolfe’s bestseller ‘The Beauty Myth’, which argued that beauty was a social construct determined by men and endorsed by generations of men and women.

Intellectual discourse played its part in shaping the movement and giving it direction. For the last couple of years, women’s rights have dominated the news. BBC’s China correspondent Carry Gracie resigned in protest to ‘secretive and illegal pay inequality’ between men and women in the corporation. Following allegations against Harvey Weinstein and other prominent men in power, the #MeToo movement gave a voice to women about the abuse and harassment they suffer in film, fashion, music, politics and art. Female actresses donated money and wore black at awards ceremonies in support of #TimesUp. The hashtag became a political tool, drawing attention to the issue of women’s rights. The campaign goes on.

IWD was celebrated for the first in 1911 by a handful of European countries. Now, it is celebrated in over 100 countries around the world. On the eve of the International Women’s Day, we at Gabbitas congratulate all the wonderful, warm, hard-working, bright, dynamic, loving, humorous, caring, creative, amazing women around the world!