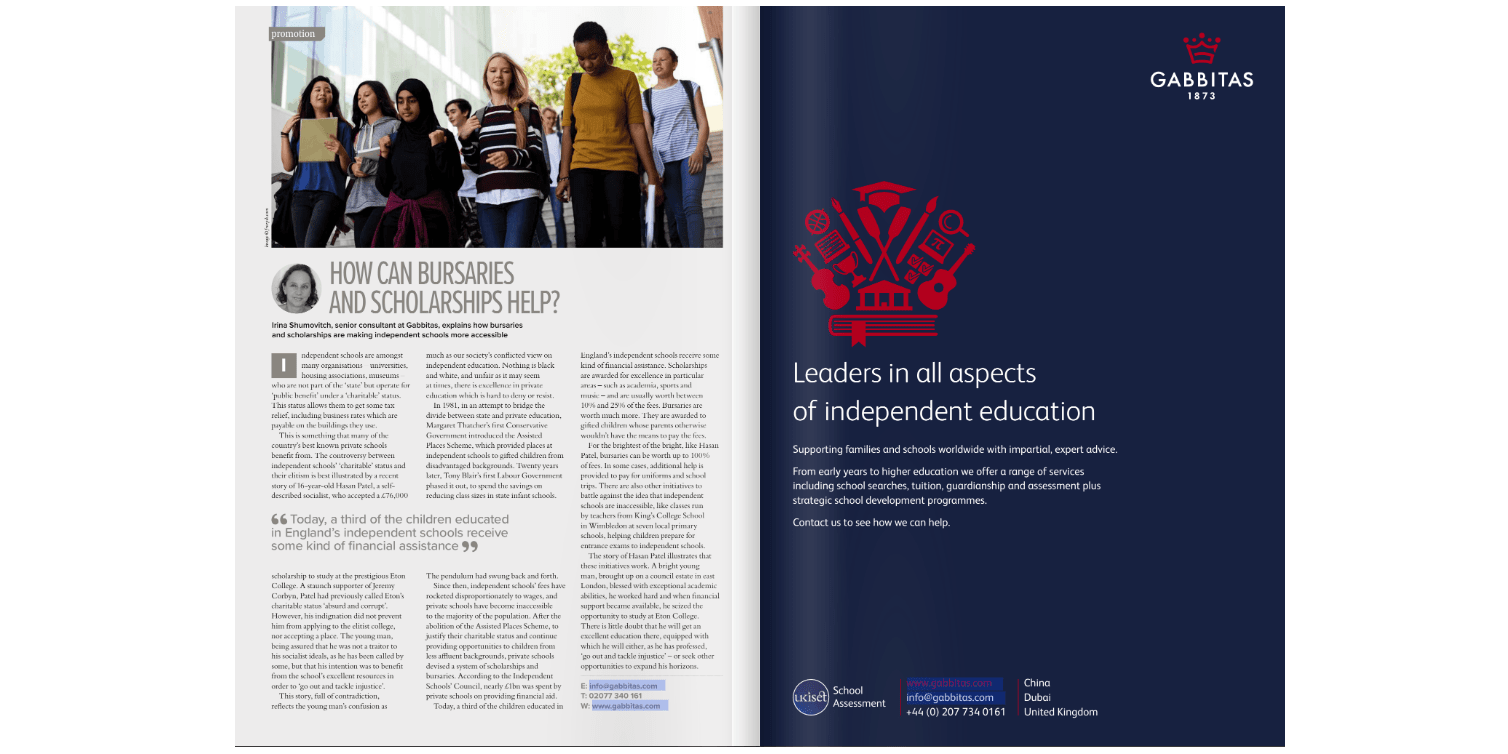 Independent Schools are amongst many organisations – universities, housing associations, museums – who are not part of the ‘state’ but operate for ‘public benefit’ under a ‘charitable’ status. This status allows them to get some tax relief, including business rates which are payable on the buildings they use. This is something that many of the country’s best-known private schools benefit from. The controversy between Independent Schools’ ‘charitable’ status and their elitism is best illustrated by a recent story of 16-year old Hasan Patel, a self-described socialist, who accepted a £76,000 scholarship to study at the prestigious Eton College. A staunch supporter of Jeremy Corbyn, Hasan Patel had previously called Eton’s charitable status ‘absurd and corrupt’. However, his indignation did not prevent him from applying to the elitist college, nor accepting a place. The young man, being assured that he was not a traitor to his socialist ideals, as he has been called by some, but that his intention was to benefit from the school’s excellent resources in order to ‘go out and tackle injustice.’ This story, full of contradiction, reflects the young man’s confusion as much as our society’s conflicted view on independent education. Nothing is black and white, and unfair as it may seem at times, there is excellence in private education which is hard to deny or resist.

In 1981, in an attempt to bridge the divide between state and private education, Margaret Thatcher’s first Conservative government introduced the Assisted Places Scheme, which provided places at independent schools to gifted children from disadvantaged backgrounds. 20 years later, Tony Blair’s first Labour government phased it out, to spend the savings on reducing class sizes in state infant schools. The pendulum had swung back and forth.

Since then, independent schools’ fees have rocketed disproportionately to the wages, and private schools became inaccessible to the majority of the population. After the abolition of the Assisted Places Scheme, to justify their charitable status and continue providing opportunities to children from less affluent backgrounds, private schools devised a system of scholarships and bursaries. According to the Independent Schools’ Council, nearly £1 billion was spent by private schools on providing financial aid. Today, a third of the children educated in England’s independent schools receive some kind of financial assistance. Scholarships are awarded for excellence in particular areas – academic, sports, music, etc. – and are usually worth between 10% and 25% of the fees. Bursaries are worth much more. They are awarded to gifted children whose parents otherwise wouldn’t have the means to pay the fees. For the brightest of the bright, like Hasan Patel, bursaries can be worth up to 100% of fees. In some cases, additional help is provided to pay for uniforms and school trips. There are also other initiatives to battle against the idea that independent schools are inaccessible, like classes run by teachers from King’s College School in Wimbledon at seven local primary schools, helping children prepare for entrance exams to independent schools.

The story of Hasan Patel illustrates that these initiatives work. A bright young man, brought up on a council estate in east London, blessed with exceptional academic abilities, he worked hard, and when financial support became available, he seized the opportunity to study at Eton College. There is little doubt that he will get an excellent education there, equipped with which he will either, as he has professed, ‘go out and tackle injustice’ – or seek other opportunities to expand his horizons.