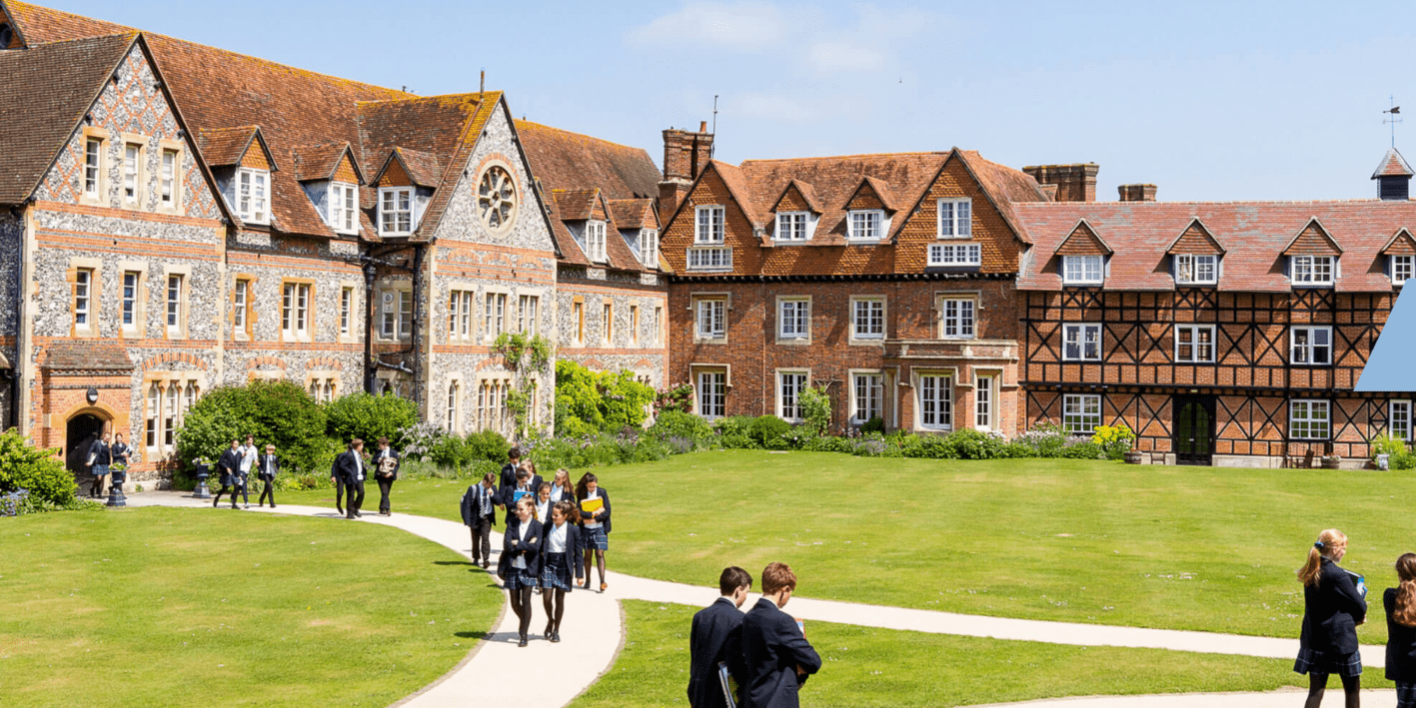 Set in picturesque Berkshire countryside, Bradfield College is a mere hour away from London, spread around the village of Bradfield in Berkshire, making it a significant part of the local community. It was founded in 1850 to provide education for choirboys of the local church. That church, in which the Duchess of Cambridge was baptised, is now closed, and the school has its own Chapel.

The school has changed considerably since its nineteenth century foundation. Today it is a co-educational boarding school numbering 810 pupils, and offering IB as well as A-levels.

We started our visit to Bradfield College with meeting the headmaster, Dr Christopher Stevens. He’s been at the helm for 4 years, during which time his liberal educational ideas and business savvy helped to improve the school in both reputation and ratings: academically, it’s now three-times oversubscribed and in a good position to select the best students; on the business side, it has international expansion plans. Bradfield’s ethos is to provide an outstanding education for life, equipping the young people in its care to flourish personally and professionally after they leave school. Dr Stevens told us that he encourages his students to follow their calling, even if it goes against their parents’ wishes; and last year’s graduates destinations are the proof of that: while many of last year’s graduates went to Oxbridge and Russell Group Universities, one of the boys joined the youth team of Burnley FC! With his encouragement, decisions in Bradfield are taken by the staff asking themselves ‘what is in the best interests of their pupils?”

After our meeting with the Headmaster, we were taken on a tour of the school, and saw the science and IT labs, the art studio, sports facilities, which impressed us, all being well maintained and intelligently used.

Then came the icing on the cake – the Greek amphitheatre, or ‘the Greeker’ as it is lovingly known at the school. It was built in 1882 in the disused chalk pit by the then headmaster H.B.Gray. When Gray became the headmaster, the college was in decline, and would probably not have made it into the 20th century had it not been for Gray’s imaginative initiative of introducing the Greek Play. It became so popular, it was talked about in academic circles, reported in The Illustrated London News and brought the school fame, finances and secured its future.

If the Greeker transformed the school’s fortunes, the opening of the Faulkner’s boarding house revolutionised its pastoral set-up. This is where pupils come when they first join the school, they start the year together and do all their activities together as a year group. This allows the new pupils to integrate into the school, before moving to senior boarding houses for the remaining 4 years at the school. The facilities at Faulkner’s are modern, clean, with the homey feel. The house has its own Dining Hall too.

We were impressed with Bradfield: it is a modern school with history and tradition, it has excellent leadership, dedicated staff, great facilities and provides excellent education.