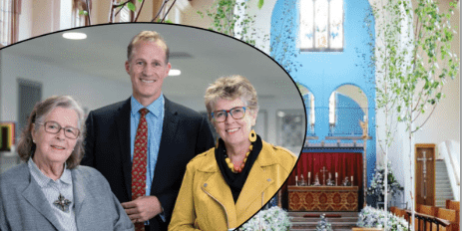 It is not unusual, at this time of year, with offspring either going or returning to university, that many parents ponder whether this is the best route for future success. The press also appear to favour similar reflections every Autumn. Of course, there is no easy answer to the conundrum of a degree against other, often vocational qualifications but one thing is certain, the options to sensibly choose between the two are not always adequately considered.

Most young people in independent education would expect to enter a well-thought of university, preferably in the Russel Group and study a mainstream academic subject. Virtually all careers advice in such schools makes this assumption. Perhaps it is too easy to be ‘train-tracked’ from GCSE onwards for everyone concerned and the consequences are only thought of later. The frightening statistic that only 40% of graduate’s work in their chosen area of university study only enhances this issue. However, many see a degree, like the generations before them, as the final examined educational passport to a whole world of opportunities.

There is little doubt the alternatives to the default position of university are becoming increasingly attractive to many. This may be a simple reflection on the general economic climate, but it is also a tempting alternative. Whether it be an ‘apprenticeship’, some other form of work- related course or a work placement that guarantees future training, the possibilities are out there. Furthermore, the possibilities often come with financial inducements that can mitigate taking out vast student loans and perhaps allow the student to remain living at home, saving further costs. The independence of university life as opposed the independence of having money in one’s pocket is a matter of choice.

There is also a school of thought that suggests university courses and outcomes may not be all they could be. There is little doubt that tertiary provision has grown in recent years to the point of saturation. The current debate concerning the number of ‘unconditional offers’ for places, has highlighted that even the best universities have places to fill as opposed to be competed for. The ‘grade inflation’ witnessed in school examinations is now being seen at degree award level. And all of this against a background where employers are asking for relevant skills they say are missing in current academic provision.

From a parental point of view, the last ten years has seen the first generation of offspring who must face the concept of debt before they have earned a penny or often even secured employment. Even for parents who have paid independent school fees and have the ability to at least partially subsidise their offspring at university, the costs can be frightening. It is little wonder the growing concern regarding the diversity of student intake is becoming a major issue. Simply put, there are those being priced out of the opportunity entirely, a fact apparently conveniently overlooked in official circles.

Within two generations we have moved from having some of the first in our families going to university to the point where it has become an expectation for most. We appear to have travelled this route very quickly and often without due reflection. It is hardly surprising that many areas of Further Education feel the poor relative in this process and other tertiary institutions focussing on vocational education feel they have had an unfair deal. This reflects a simply prejudice that benefits no-one that academic qualifications and university is seen as more important than vocational qualifications leading to other alternative routes to learning or employment. If you know nothing of the proposed T Level debate, it proves the point in one.

Careful consideration of the pathways open at 16 and 18 need more consideration by schools, careers advisors and parents. Furthermore, these watershed moments are perhaps too late in the piece to make some fundamental decisions on a young person’s aptitudes, with careful research being undertaken from the beginning of Key Stage 4. It would be fair to say, that as a society we do not seem to have balanced the equation between the world of education both academic and vocational and that of direct employment. We have also spent a long time trying!